Around the globe ISIS has become synonymous with death, destruction and global terrorism, all supposedly in the name of Islam; an assertion that Muslims everywhere decry and refute.
Now, a distinguished Islamic scholar and academic has brought together evidences based on authentic Islamic theology in order to destroy the beliefs and crimes of ISIS, proving that the cult has no basis in and does not represent Islam, it’s caliphate is invalid, and fighting it is an obligation upon Muslims.

This second edition of the book comes after the heinous attacks that ISIS perpetrated in Egypt, Lebanon, Turkey, France, the USA and Indonesia. These attacks, which must be condemned by Muslim scholars and preachers around the world, are another testimony that, by killing women, children, and civilians, ISIS betrayed Islam, betrayed the Holy Quran, and betrayed the teachings of Prophet Muhammad (PBUH). After the overwhelming response to the first edition, the author felt the need for a second edition that quenches the thirst of the readers with more details. He penned this second edition to further elaborate on many important topics, such as the prohibition of burning human beings, the abolition of slavery, and Islam’s position towards minorities. New subjects are also tackled, such as the invalidity of excommunicating Muslim rulers for not applying certain aspects of Shari’ah, Islam’s position towards democracy, and the prohibition of destroying pre-Islamic monuments and sacred sites. Several other topics benefitted from more rigorous proofs, especially the section confirming that ISIS criminals have left the fold of Islam and are no longer Muslims. 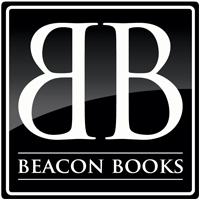