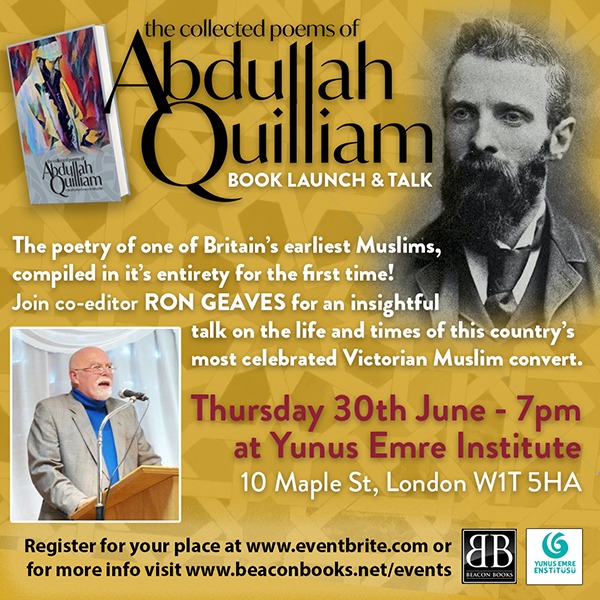 Join us at Yunus Emre Institute London on Thursday, June 30th, 7 PM for a book launch & talk on ‘The Collected Poems of Abdullah Quilliam’ with Professor Ron Geaves, British scholar of religious studies and one of the editors of this unique and fascinating collection.

This event is organised by Yunus Emre Institute London in collaboration with this fascinating book’s publisher, Beacon Books.

Following the event, traditional Turkish refreshments will be served.

William Henry Quilliam was a local Liverpool solicitor and resident who embraced Islam in 1887 (aged 31), after returning from a visit to Morocco. He took on the name Abdullah and opened the Liverpool Muslim Institute, Britain’s first mosque community. Alongside opening schools and orphanages in Britain, Quilliam was a prolific writer, publishing books, journals, and poetry. Through his efforts, he amassed many prominent titles, including the title of Shaykh al-Islām for the British Isles given by Sultan Abdul Hamid II, the 26th Ottoman Caliph, and the Persian Vice Counsel to Liverpool by the Persian Shah. He had a significant and unquestionable influence on the growth of Islam in Victorian Britain.

With The Collected Poems of Abdullah Quilliam, readers can explore his entire four-decade poetic output which reveals much about his inner spiritual and emotional life, uncovering the private man behind the public figure. Professor Ron Geaves will be introducing a selection of poems of Abdullah Quilliam from this collection. The poems written in Liverpool and Istanbul provide fresh insights into the founder of England’s first Mosque and Muslim community in Liverpool between 1889 and 1908.

The book can be purchased during the event. 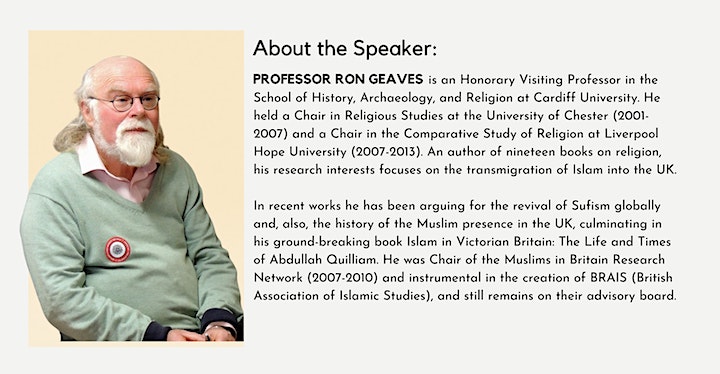